Everyone at Larne Football Club would like to pass on their sincere condolences to the family of Jerry Thompson, following his untimely passing.

Jerry enjoyed two seasons at the club, either side of a brief spell at Donegal Celtic. First signed by David McAlinden in the summer of 2016 from Cliftonville, Jerry quickly established himself as a mainstay of the team on the left flank.

He moved to DC for a short spell, before being brought back to the club by Tiernan Lynch, shortly before the transfer window closed in August 2017.

He helped the club reach the Irish Cup semi-final that season, claiming the Inver Red & Whites player of the season in the process. He then moved on to join Portadown for the 2018/19 campaign.

Jerry was a hugely popular player at the club, during his two full seasons at Inver Park. He was a tenacious, committed and gifted player who never gave less than 100%. It was no surprise that this endeared him to the club’s fans.

He will be both sorely missed and fondly by those who knew him.

This is true of Larne Football Club and right across the Irish League.

48‘| Ben Doherty cuts in from the left wing and has a shot which forces Brown into a save down low.

46‘| We are back underway for the second half.

It’s level at the break. 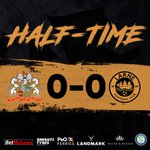 45‘| There will be a minimum two minutes added time. 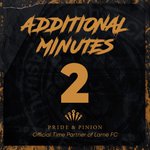 40‘| Ben Doherty beats his man before picking out Matty Lusty.

The forward can’t escape the defender as his shot is blocked.