International football returns to Inver Park next week, when Northern Ireland’s under-21’s take on Spain in a European qualifier.

It’s a major coup for the stadium hosting a competitive match of this stature, as John Schofield’s side look to fire themselves back into contention in Group C.

Larne defender Kofi Balmer has been a mainstay of the under-21’s for the last two years and will no doubt relish playing on home turf against a talented Spanish side.

Spain are likely to be captained by Valencia forward Bryan Gil, while the boast a number of La Liga stars in their ranks including Juan Miranda from Real Betis and Barcelona’s Nico Gonzalez.

Outside of their homeland they can also call on Abel Ruiz from Braga, while Anderlecht’s Sergio Gomez has six goals in eight caps.

It is sure to be a stern examination against a side coached by Luis de Fluente, but one Schofield’s squad will relish.

The game sees international return to Inver Park after hosting the senior Women’s World Cup qualifier recently at a sold out Inver Park, while earlier in 2022 the stadium played host to a run of fixtures for the under-19 Women.

Larne chairman Gareth Clements said: “We are delighted to once again be bringing international football to Inver Park.

“We’re pleased to be working with IFA, who are clearly very happy with what we have to offer in our facilities.

“As we’ve said before, Inver Park now offers fresh, modern facilities for fans, players and officials and it will be a pleasure to see a game like this played here.

“We’ve always said Inver Park is being developed for the town of Larne as a whole and for them to see players of this calibre on their doorstep is a big driving force for us.”

The game kicks off at 1pm, on Friday 3rd June. Keep an eye on www.irishfa.com for ticketing details. 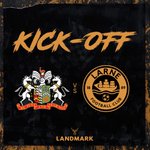 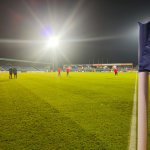