We are delighted to announce the signing of Irish defender Cian Bolger, following his departure from Northampton Town.

The 29-year-old began his professional career with Leicester City in 2010 and has gone on to make more than 300 appearances in the English Football League, over the last decade.

Most recently, the former Republic Of Ireland under-21 international enjoyed a three-year stint at Fleetwood Town, before a season each at Lincoln City and Northampton Town.

Larne boss Tiernan Lynch is delighted with the addition of the 6’4 defender, saying: “We feel that bringing Cian here is another major step on our journey.

“He brings with him a lot of experience, after having played the amount of games he has in England, and the vast majority of them at League 1 level.

“We also expect him to bring a lot of leadership the squad and knowhow as we continue our pursuit of where we want to go.

“I’m delighted to get him to the club and I think the fans will feel the same when they have had an opportunity to see him play.”

Cian himself is raring to go, just days ahead of the Europa Conference League first round encounter with Bala Town.

“Having spoken to Tiernan and others around the club, it’s clear to see how much of an exciting time this for the club and I can’t wait to get started,” he said.

“Once I came down to have a look around the club, spoke to Tiernan and Kenny I knew it was something I wanted to be a part of.

“Having spent all of my career in England so far, I hope I can bring that experience into the group and help some of the younger players.”

Keep an eye on our social media platforms for a full interview with Cian later today. 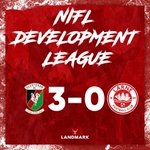