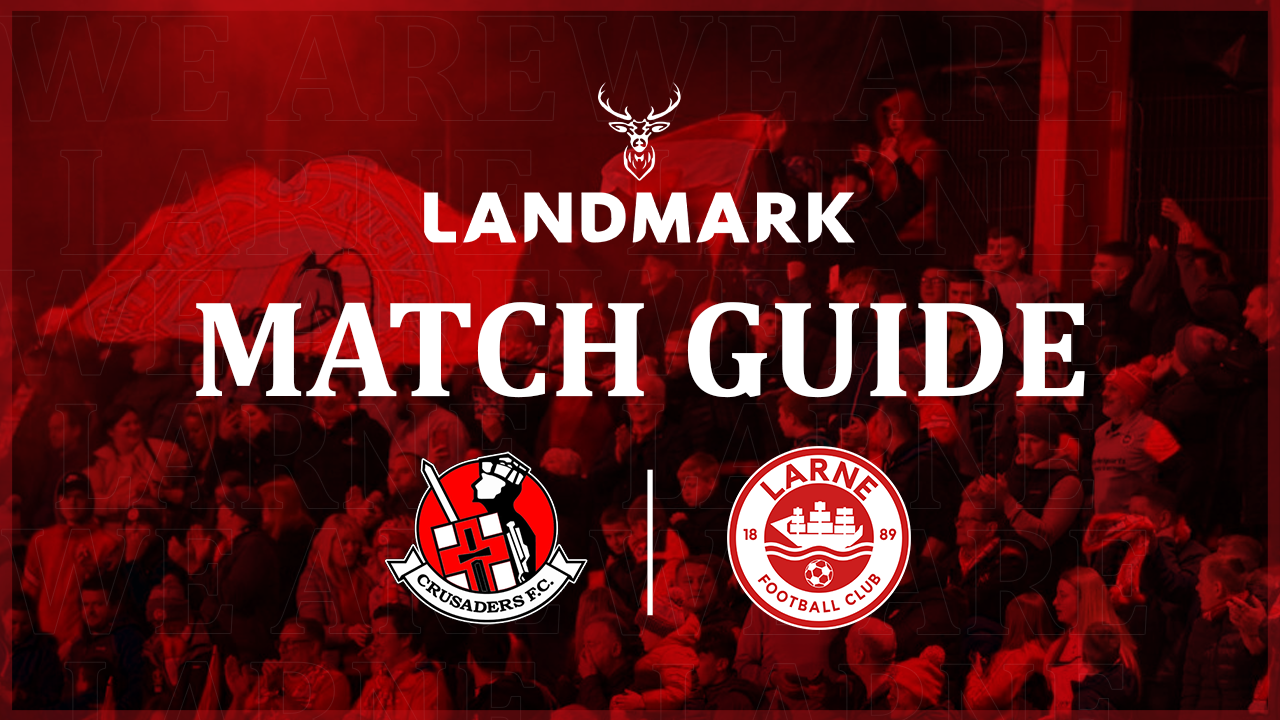 The Danske Bank Premiership campaign continues as Larne travel to Seaview on Friday evening to take on Crusaders. The game kicks off at 7.45pm, with all you need to know ahead off the encounter, in our Landmark Match Guide below.

Tickets for the game can be purchased HERE. They are priced at £12 for adults and £8 for concessions. Larne fans will be housed in the South Stand of Seavies.

This game is also being streamed by BBC Sport NI, on the red button, website and iPlayer.

The Inver Red & Whites, Larne FC Reds and Larne Northern Ireland Supporters Clubs are all running buses to this game. Places are limited and you can find out the latest availability via their facebook pages.

Crusaders have enjoyed three wins out of their opening four Danske Bank Premiership encounters to date. The Shore Road side came from behind in each of the last two of those games, defeating Portadown and Newry City 2-1 respectively. Stephen Baxter added full-back Rory McKeown and striker Dean Ebbe to their squad over the summer, while former Larne defender Josh Robinson is expected to return from suspension for this game.

It was two wins apiece in the four meetings between the sides last season. Larne come into this game unbeaten in their last nine Premiership outings on the road, a run stretching back to the Spring. It has also been an encouraging start to the league campaign for Tiernan Lynch’s men, taking seven points out of a possible nine so far.

Lynch is hoping to have a full panel to choose from for this game, with Shaun Want’s International Clearance having been received by the club, after his move from Hamilton Accies earlier in the week.

A 𝙨𝙤𝙡𝙞𝙙 performance from our new #2️⃣

90‘| There will be a minimum three minutes added time.