Tiernan Lynch has continued his preparations for next season by announcing the news that four players are set to depart Inver Park.

Pablo Andrade, Cillin Gilmour, Chris Ramsey (pictured) and Joe Tully will all depart the club when their contracts expire this summer.

Pablo arrived at the club last summer after spells with Newry City and Portadown, while defender Chris is the longest serving out of the four players. He signed from Cliftonville in January 2018 and was an ever present in the side which clinched the 2018/19 Championship title.

Young strikers Cillin and Joe are both former players at Cliftonville Olympic, with Joe having arrived from Ballyclare Comrades in the January 2020 transfer window.

“All of them are good professionals and all of them have played a big part of the journey we have been on, as a club.

“I’ve no doubt they will all do well wherever they end up next and I want to thank them each one of them for everything they gave to the club.

“Chris has been with us the longest out of the four lads and I know he is a popular member of the dressing room.

“He played a vital role for us and was one of the first players to arrive as as we started to plan to reach the Premiership. He is a great professional and a great lad. He goes with our sincere best wishes, as they all do.”

Half Season Tickets are now on sale for Christmas, with plenty of big games to come in the New Year 🔥

The moment that started a great run of form 🔥🔴 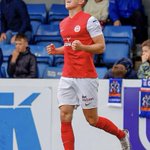